Synthetic oil doesn't contain the naturally occurring chemicals that break down at high temperatures. It is also manufactured without many of the chemical compositions that contribute to oil oxidation and sludge buildup. Synthetic oil can tolerate temperatures that would burn up petroleum-based oils.  Synthetic oil is more slippery causing less friction. Less friction and lower temps means more horsepower and torque. See the Video Dyno Comparison with Royal Purple with no break in period from HorsepowerTV: ClickMe.

Since synthetics are more durable, oil changes are not needed as often, and this fact partially negates the cost disadvantage of synthetics. Petroleum-based oils generally require replacement every 3,000 to 6,000 miles, depending on service use. Synthetic oils can easily offer double the service life as their chemical composition does not break down over time. Amsoil Synthetic Oil may go as high as 25,000 miles or 1 year, ClickMe to see this information Video from Amsoil.

Synthetic oil does not lose its ability to flow well in cold weather, so it is preferred for cars driven in cold climates as start up without oil flow from standard oils causes wear. Synthetic oils also bond to parts better than standard oils giving that extra protection upon start up. To see a great comparison pour test in cold check out this VIDEO 45 secs in. Synthetic oils also perform better and more consistently at high temperatures, and are frequently recommended for high-performance engines.

Disadvantage of Synthetic Oil: 1) Price ,  2) Synthetic oil does not hold lead in the suspension of the oil. This is a problem with older car engines that still run leaded gasoline to run in their engines, 3) Synthetic oil is not recommended for rotary type engines.  Myth:  “synthetic oil is not suitable for new engines, due to its low friction. This is important for drivers who wish to use synthetic oil on a new car with an engine that according to manufacturer specifications must be "broken in." In cases such as these, the driver should change to synthetic oil only after the vehicle has been broken in using traditional motor oil.”  You can start using synthetic oil in new vehicles at any time, even in brand new vehicles. In fact, synthetic oil is original equipment on many brands. There is obviously not much advantage until your first oil change is due. A break in period is not as crucial as it was in the past. 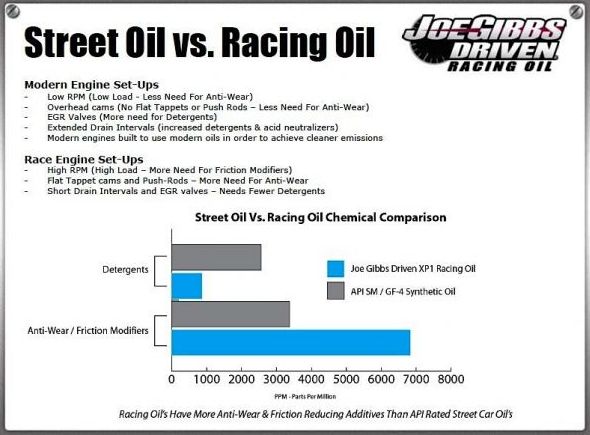 The difference between racing oil and street oil is largely characterized by the base oil chemistry and various additive packages specified by engine manufacturers. Additive packages contribute multiple levels of lubrication efficiency and protection — including anti-wear, friction reduction, rust and corrosion resistance and detergent and dispersant qualities — that help keep engine internals clean and functioning properly.

The chemistry restrictions set by API originally targeted only phosphorus — which can be harmful to catalytic converters — and currently stand at 800ppm (parts per million). Phosphorus is typically only found in anti-wear additives, so a restriction on total phosphorus puts a restriction on the total additive.

“For higher rpm and horsepower, you might see lower concentrations of calcium,” echoes Negast. “Typically what happens is the calcium competes for area surface with the zinc and phosphorus. In NASCAR and IndyCar, you’ll see a reduction in calcium detergents because they’re not necessary. In NHRA, you don’t need detergent at all, just wear protection.” 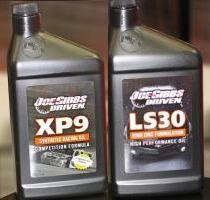 The new LS30 5W-30 synthetic oil from Joe Gibbs Driven:  “It’s one of the first of its kind,” says Lake Speed Jr., a certified lubrication specialist at Joe Gibbs Driven. “It’s developed specially from mPAO base-stock technology that provides a higher viscosity index.”   Formulated for high-performance LS engines, the LS30 is rated at 5W-30 but has the effect of higher 15W-40 oil. This oil also has a higher zinc content for anti-wear protection and defends against moisture drawn into the engine by modern ethanol-blended fuels. Other Joe Gibbs Driven formulas are designed specifically for old-school musclecars, air-cooled engines, high-performance Ford modular engines, motorcycles, high-revving imports and marine engines.
For racers, there’s the new XP9 which provides high-temperature and high-shear protection.  Racers normally running 20W-50 can drop down to XP9, which is typical of a 10W-40 oil. XP9 is compatible with methanol and high-octane race fuels.  A conventional oil can handle temperatures up to 160 degrees while synthetics can withstand up to 290 degrees.

Driven offers two products specifically tailored for Ford engines like the Coyote and Modular late model Mustang performance market with their FR50 and FR20 synthetic engine oils.  Choosing the right one for your engine will not only lubricate the internal parts better, but will contribute to longer engine life as well.  While the FR50 and FR20 engine oils are not NASCAR oils, they use similar technology to create an oil that has a lower volatility, and higher viscosity index.   Driven’s FR20 and FR50 engine oil have a lower volatility of around five-percent versus fifteen-percent for most off-the-shelf engine oils. This means they are less prone to vaporization.  “Excessive oil vapor in a high-boost racing application could be the difference between detonating and destroying an expensive engine or winning a race at the track,” says Lake Speed.
FR20:
FR20 is a 5w20 oil that features a high zinc content to protect aggressive cam profiles, and the advanced synthetic formula delivers high temperature protection from viscosity breakdown.  Joe Gibbs Driven FR20 delivers enhanced film thickness as well as increased anti-wear additives.  At 300 degrees, Driven’s FR20 with a VI of 160 and a labeled viscosity of 5w20 might actually have a higher viscosity than a labeled 5w30 oil with a VI of 100, at the same temperature.  This is because the higher VI FR20 product can maintain a more stable viscosity over a broader temperature range.  For high output modular Ford engines including the Coyote, there is a need for an engine oil that is the same viscosity as what Ford recommends from the factory, but is more stable under the heavier shearing loads, and heat from modified engines.  “Unless you’re changing bearing clearances or the oiling system, you should stick with the factory recommended viscosity,” says Speed.  So in modified Coyote and modular engines, Driven’s FR20 engine oil offers the benefits of OE recommended viscosity, with better volatility and VI than an off the shelf product.  Overhead cam engines rely on those lightweight oils. Unlike a a cam-in-block engine, the camshafts are all the way at the top of the cylinder head, the last place to get oil.  This means that when the engine is cold, it’s critical for oil to reach those camshafts as quickly as possible creating the need for a lower viscosity oil.  Changing to a higher viscosity oil can potentially slow down the progress of oil reaching the cams in a timely manner. When you throw in the pressures needed to operate variable valve timing system like on Coyote powered Mustangs, having the proper viscosity is even more critical, since the engine relies on hydraulic pressure from the engine oil to operate.
FR50:
For high output modular engines that have had significant oiling system changes, such as to the bearing clearances or oil pump, Driven has their FR50 oil. Offering the same VI, and low volatility index benefits as the FR20 oil, FR50 is a 5w50 oil that will help looser bearing clearance engines maintain proper oil pressure.  This is especially critical for Coyote and other variable valve timing engines that rely on that pressure to operate their variable cam timing systems.
ClickMe for a Great Video on there Zinc ZDDP Oil Formulation and reasoning

Auto engineers have said they see no correlation between today's lightweight "0W-" motor oils, designed to reduce friction and save gas, and excessive oil consumption.  But in actual experience, both the prevalence of such lightweight oils and the propensity of more engines to consume oil seem to be moving in tandem.  And the test cars that have had this problem have all used such lightweight synthetic oils.  The latest car drinking oil is our $105,000 2012 Porsche Panamera, which is consuming a quart of 0W-40 motor oil about every 2,000 miles.  With a 10,000 mile oil change interval, that's five quarts of synthetic oil (at about $8 per) in between oil changes.  Several of our drivers got caught out by low oil warning lights and went searching for this obscure lubricant at night while out on the town.  And trust us, not every corner convenience store carries 0W-40-weight motor oil. When we talked to Porsche about this, they said this usage was within spec.  But we think somebody who bought a $100,000 car probably expects better.  And the Porsche is not the most egregious example.

The 2008 Volkswagen Eos used a quart of equally expensive 0W-20 motor oil every 1,200 miles (accumulating black soot on the rear bumper above the tailpipe the whole way).  After several trips back to the local Volkswagen dealer to document the problem, I was told that the VW spec for this engine was, exactly a quart every 1,200 miles.  Since I couldn't prove it was using more than that, VW wouldn't help. That car also specified a 10,000 mile oil-change interval, for regular maintenance.  By then, all the oil in the sump had been replaced twice.

Even Japanese cars known for their reliability have lately been burning oil.  When I took our 2012 Subaru Impreza to Boston for a weekend, it dropped down a quart on my way back, prompting a late-night search for more 0W-20 weight oil.

According to Driven Racing Oil, “The reasons for this consumption are not mechanical, such as stuck rings or loose clearances. The reason for this “vanishing oil” is due to a technical term that also starts with a “v”—volatility.”  Typically, motor oils featuring lighter base oils evaporate more quickly at high oil temperatures.”  Check your oil more often with 0W__ Oils and don't get too pissed! 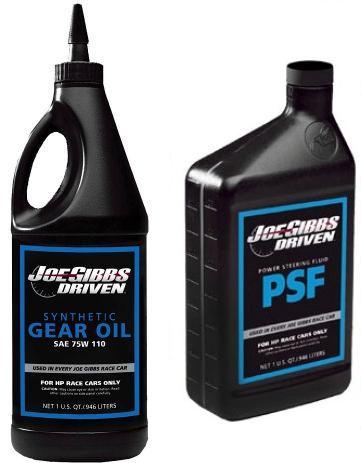 Joe Gibbs Driven also offers a full line of engine and vehicle lubricants, including synthetic gear oil, an ultra-lightweight qualifying gear oil, transmission fluids, power-steering fluid, chassis grease, engine break-in oil and engine assembly grease.    These base stocks offer a viscosity index about twice that of conventional oil and about 33 percent better than typical synthetics based on regular PAO base stocks. “You can use a lighter fluid yet maintain protection with better efficiency.”      Joe Gibbs Driven 75W-110 Gear Oil can reduce operating temperatures in the rear end up to 15 degrees.   It can be used in all types rear ends and is available by the case, in 2.5-gallon jugs or 54-gallon drums.    The PSF is a full synthetic formula that provides thermal stability to help prevent a pressure drop when temperatures increase. It also offers high-temperature foam resistance for better cooling. 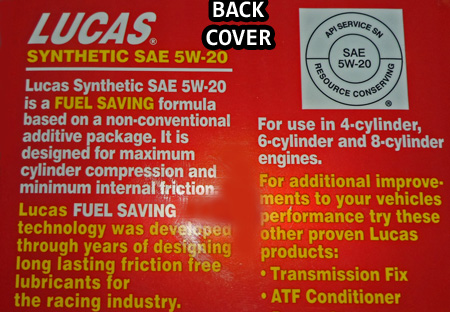 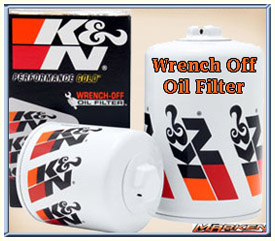 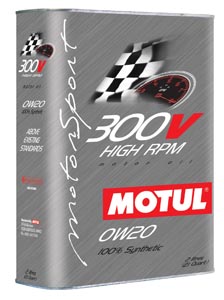 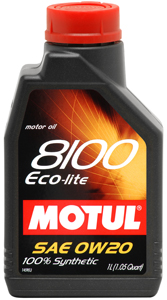 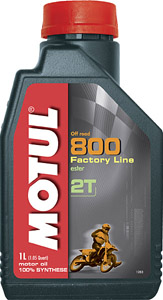