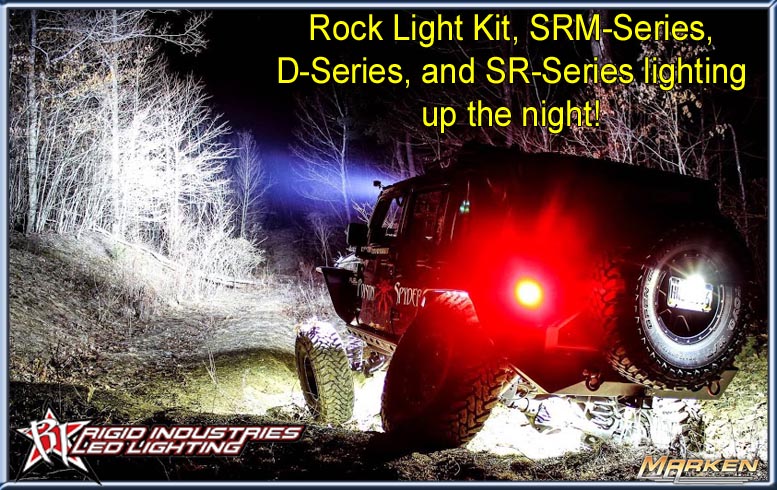 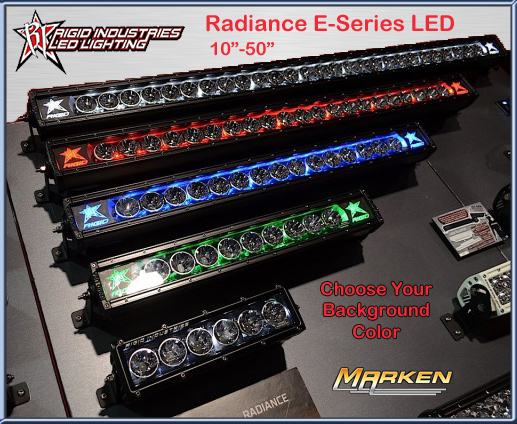 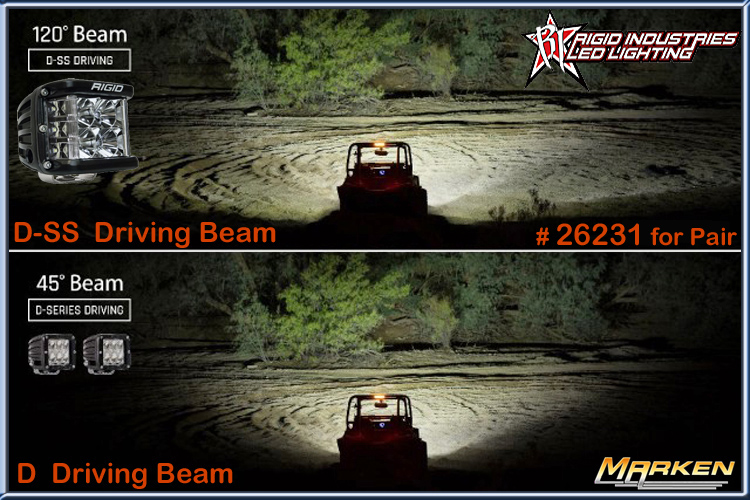 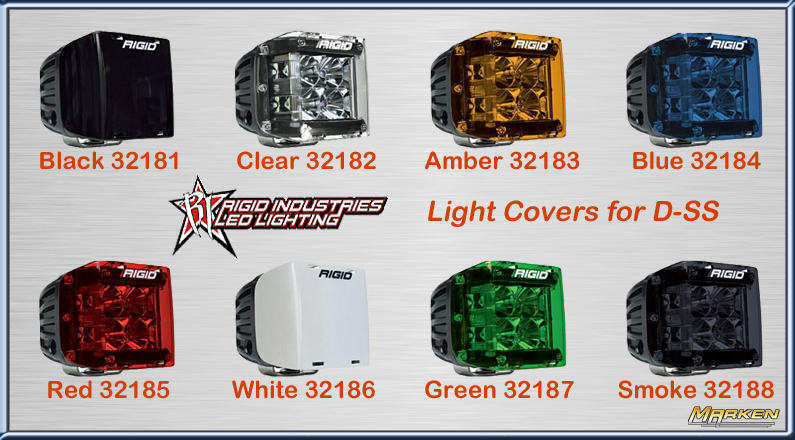 Rigid Industries launches their new off road E-Series LED light bar, with a 30% increase in output, innovative Specter and patent-pending Hyperspot optic LED lights, and over 100 new products amongst many others. Reserve yours from Marken Performance. Rigid Industries® LED Lights are operational in temperatures down to -40° F.

Rigid Industries unveiled that the E-Series off road LED light bar received a 30% increase in output, and not a penny increase in price. With our patented optics were able to consume 94% of our LED output so therefore we can reach higher lumen output at a lower watt or amp draw. The E-Series LED light bar with lengths of 4”, 6” and 10” also received more than a stylistic change that decreases the ingress of particles from the environment into the housings, and added a built-in Deutsch plug. With the increase in efficiency and output, this indestructible light bar trumps the new entries that come to market and will keep the knockoff companies guessing. According to Rigid Industries CEO Jason Christiansen, “It’s the highest tier LED light of its kind and with the increase in power it will revolutionize technology today and into the future, guaranteed.” Waiting for DOT approval.

The new E2, SR2, D2, SRQ2, Q2, as well as, the new Marine E2 and Marine SR2 lights utilize Rigid Industries Specter optics system. These optics allow a great amount of light distribution and debuts the all new, patent pending Hyperspot optic option. The combo optic system is the best mix for distance and spread. Customers quickly realize that the Rigid Industries light bar doesn’t need mind-blowing new technologies to be a great light, but Rigid does it anyway.

This new optic delivers an intense 5 degree beam of light. The revolutionary aperture system blocks unused light for a “clean beam”. For example, the 50” Hyperspot at roughly 2,000 plus meters away still has a light reading of .25 LUX. The description of .25 LUX is referenced as resembling moonlight. The Hyperspot is guaranteed to have the highest intensity per watt or square inch with the Peak Beam Intensity of 1,018,000, making it the furthest projecting LED light on the market. The Hyperspot is best used in combination with another optic to achieve the greatest distance and spread.

The RDS-Series is the legendary flagship E-Series light bar treated to a gentle arc, creating a curve in a 20”-54”extruded aluminum housing and packed full of Rigid Industries latest advancement in the Spot LED technology to produce an astonishing custom look for any car, truck or offroad vehicle. The RDS-Series is the apex of form and function.

The new Q-Series of LED lights are designed for the harshest of working environments, made of the most durable materials and tested by the highest standards. By the looks of it, the Q-Series is four Dually or D2 lights in one large sturdy housing and contains a vibration isolator and 304 Stainless brackets. The Q-Series even has one option of a half diffusion cover so you have the distance and scene lighting. With the increased demand in the agriculture, fire and rescue, commercial truck, and power sports industries, this Q-Series will literally turn the dark into day.

The new off road Hyperspot optic and Ford F-250/350 Super Duty Grille stole the show during the debut at SEMA 2013 in Las Vegas. 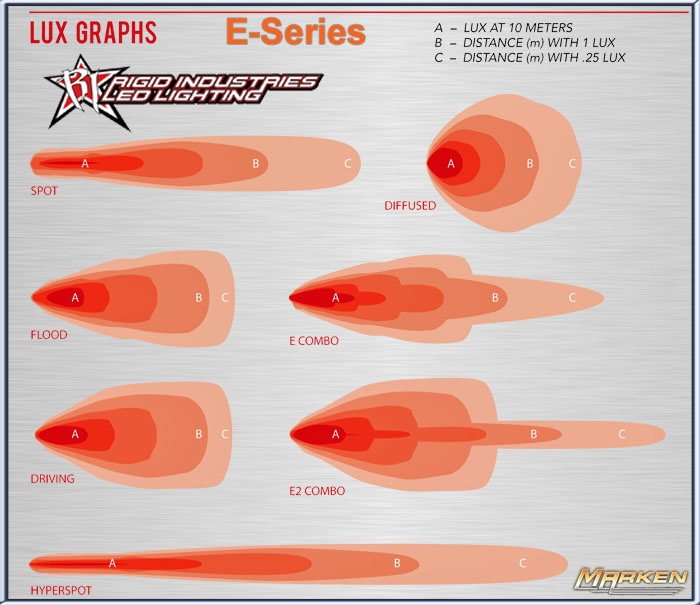 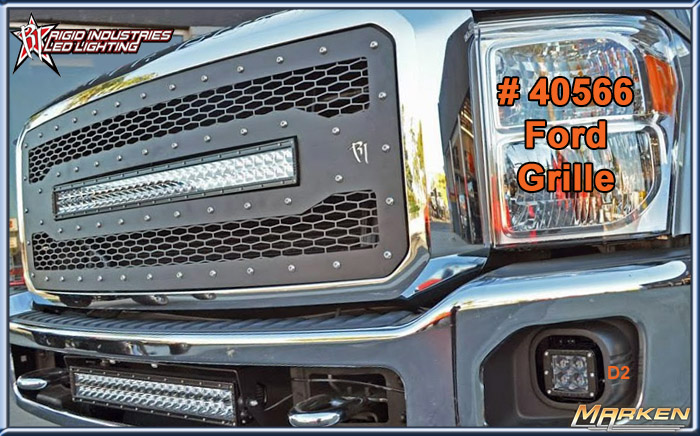 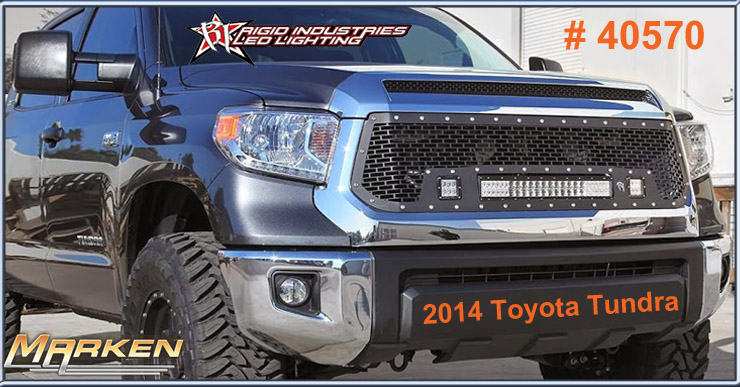 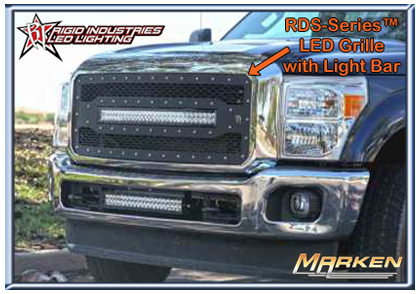 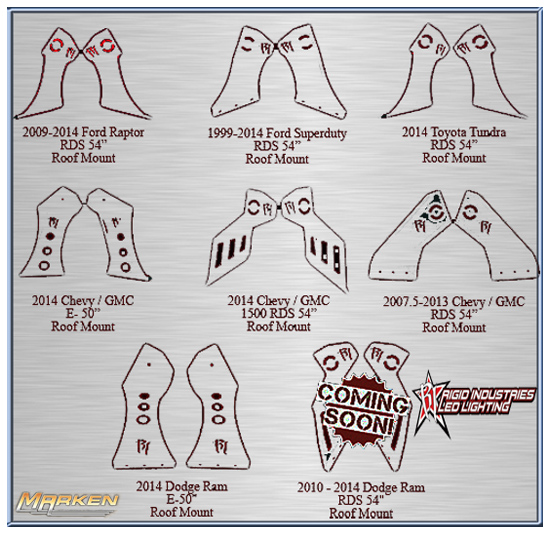